Vehicles on the funicular line

The passenger wagon, called "Wagon 1" by the funicular's crew, has undergone only minor modifications since the line opened in 1923. The changes were made at both ends, which were given a curved shape and larger windows. Reconstruction work in 2002 saw the addition of a platform for bicycles. It is attached to the chassis and offers space for 8 bikes.

Called "Wagon 2", the freight transporter is at the other end of the cable and was originally the most important part of the funicular. It was specially designed to carry freight wagons, but different kinds of passenger vehicles can also be mounted on it, a practice which started as long ago as 1923. This flexibility makes the Oberweissbach funicular unique. Today, the freight transporter can carry either our closed or open-top wagon. These are the platform's usual loads, as it transports a freight wagon only when we give a demonstration.

The closed carriage has been in use since 1972. A trailer wagon for the electric-powered railcar operating on the Schleiz-Saalburg line, its number is EB 188 513. It was altered for deployment on the funicular line and sliding steps were fitted so that it reached the step-shaped platform at the summit station, where the gap was about one metre. The 2002 reconstruction was intended to return it largely to its original form, but it also entailed installing an emergency escape ladder on one side in line with passenger safety requirements for funicular railways. 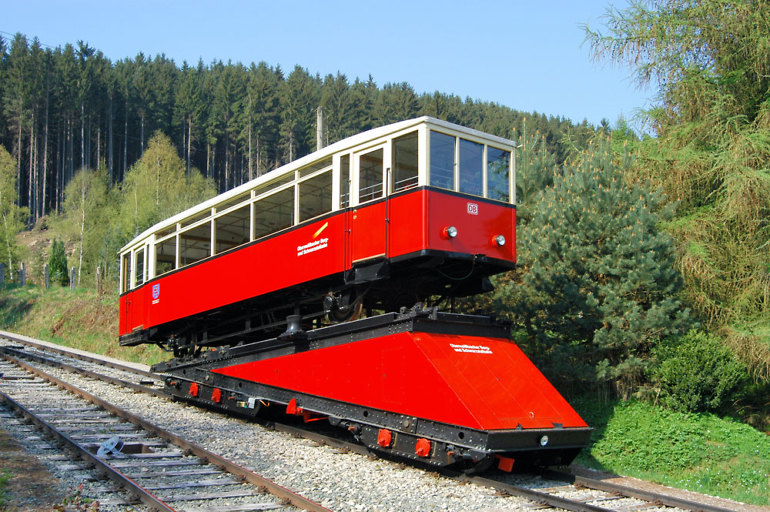 Our "convertible" was fashioned from a service car that was once part of a construction works train, and now it functions as the funicular line's open-top carriage. "Wagon 3", as it is known, is designed to be mounted on the freight transporter the same as the closed-top carriage. The fact that Oberweissbach funicular was designed to transport normal railway wagons – the only one in the world to do so – is what makes it possible to use these two carriages for transporting people. The open-top wagon is considerably longer than its closed-top mate, so it projects much further over the edge of the transporter platform. This means that passengers are even higher above the level of the tracks below, giving them an even more impressive view of their surroundings. 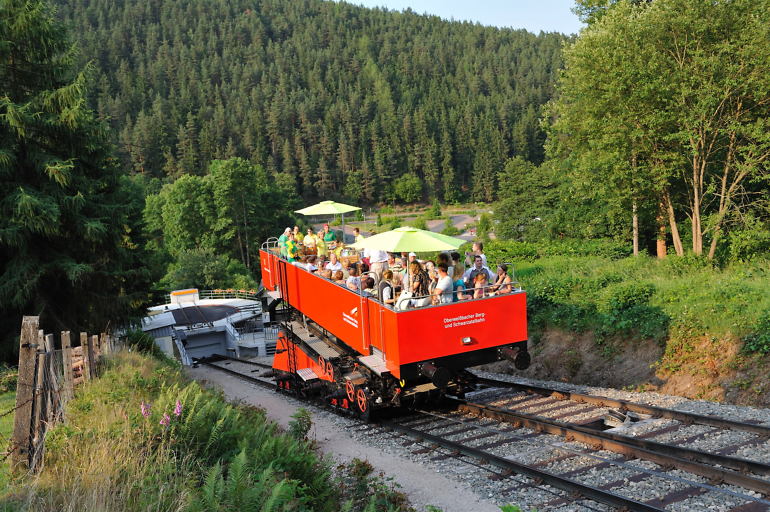 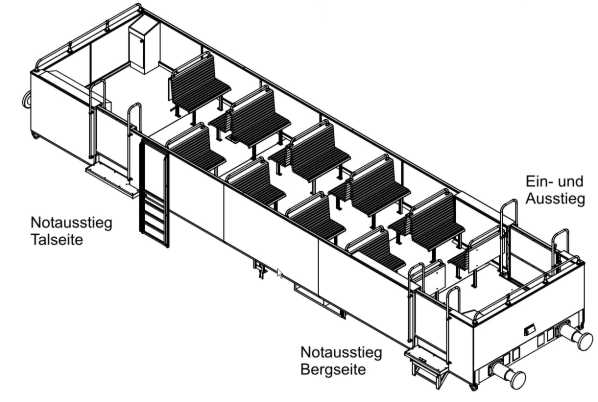